What would you do if you won over £2 million? Kit out your home with a cinema, bowling alley and karaoke room? Buy a luxury yacht and a small island to go with it? We’d probably do the same, but Professor Dame Jocelyn Bell Burnell thinks very differently.

Prof Bell Burnell has been doing her bit for science and the betterment of humankind for over half a century, being part of the team that discovered pulsars at Cambridge University in the 1960s. A few years later in 1974, two of her male colleagues were presented with the Nobel Prize in Physics for this groundbreaking work, but the bright young researcher was left out due to her gender.

Fast forward 44 years and Prof Bell Burnell has been bestowed one of the world’s most prestigious science awards, the Breakthrough Prize in Fundamental Physics, for that very same work. With this comes the incredible prize of £2.3 million, which she instantly decided to donate to the promotion of diversity among researchers. It’s her belief that the money should be used to fund scholarships so that women, people from ethnic minority groups and refugees can enter the sciences. This inspiring and selfless action will allow people she may never even meet to pursue a career in changing the world through research and innovation.

This shining star of science was the first person to observe radiation omitted from pulsars, which are small stars with enormous masses that rotate faster than you can say “magnanimous philanthropist”. Since then, these celestial objects have been used to essentially map the visible universe, helping everything from NASA to Star Trek to get things done. We owe a lot to Prof Bell Burnell, as modern astrophysics would be very different without her discovery.

Perhaps equally as admirable is that Prof Bell Burnell has never complained about not winning the Nobel Prize, and this well-overdue recognition of her sterling efforts will lead to countless individuals having the opportunity to follow in her footsteps. The prize is awarded annually to recognise scientists who have made profound contributions to human knowledge, which is something that the Dame is clearly very passionate about to this day. 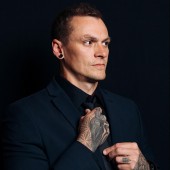